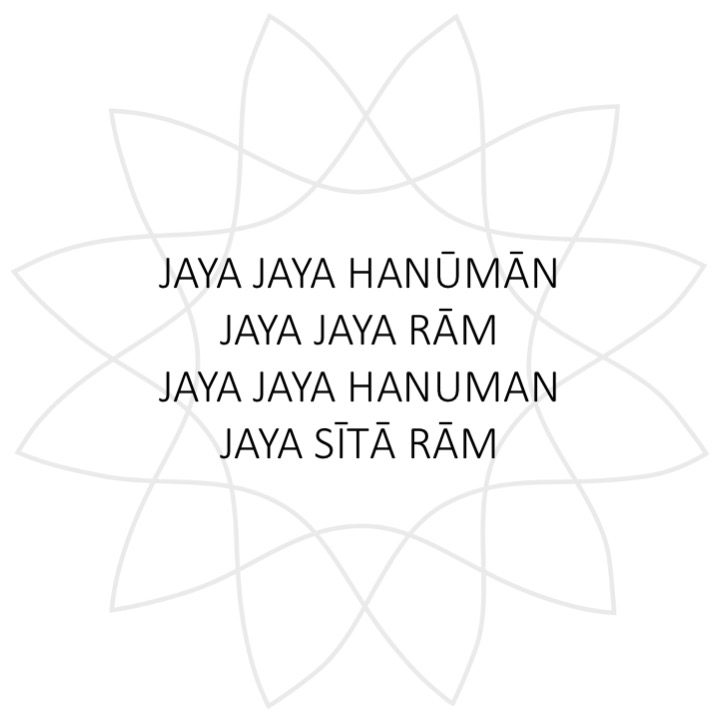 Posted at 17:48h in Blog, Mantra, Music by info@yogiluc.com

jaya: conquest, victory, triumph
hanūmān: the monkey king, and son of Vāyu, the wind god
rāma: incarnation of Viṣṇu, the preserver of the universe, literally “the ever blissful one”
sītā: incarnation of Lakṣmī, goddess of abundance and prosperity
hare: vocative form of hari, meaning “the remover”, referring to Viṣṇu as the remover of sorrows of the world
śrī: magnificent, splendid

In the studio recording of this mantra, I included a Hindi bhajan that was popularized by Mahatma Gandhi. It was sung by Gandhi and his followers during the twenty four day nonviolent civil disobedience march from Sabarmati Ashram to Dandi, which took place in 1930 to protest the British salt tax in India and became known as the Salt March or Dandi March. A beautiful version of this bhajan recorded by Ravi Shankar can be heard over the end titles of the 1982 movie “Gandhi”: